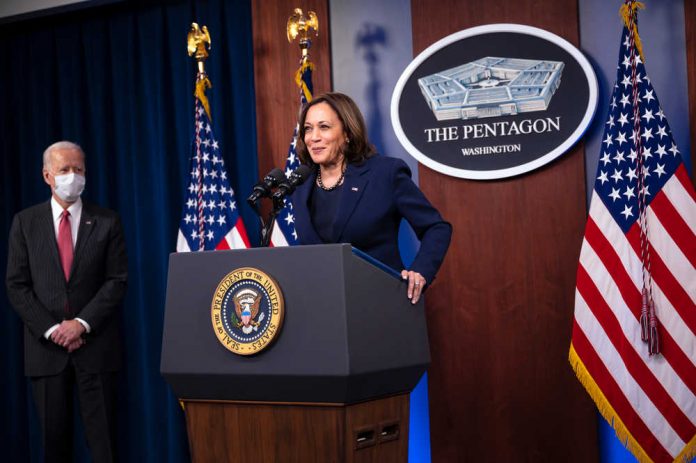 After referring to Kamala Harris as President and claiming that January 6 was a failed attempt to take over the United States government and massacre Congress members, the anti-President Joe Biden offered his bumbling remarks on voter reform. Biden quoted Amos 5:15 when he said, “Hate evil, and love good, and establish justice in the gate; it may be that the LORD, the God of hosts, will be gracious to the remnant of Joseph.”

What gall this man has. Either he is wholly craven or clueless that reading these words means nothing. If you are elected because of concerted and concentrated voter fraud, do not ask for justice, or you may get it. Eventually, Joe Biden will be held accountable for his words and actions.

Biden launched the Democrat plan for voting rights in Atlanta with a nonsensical speech. He warned us that soon a bill would come to a vote. Biden thinks that this will be a defining moment for the USA. He wants America to vote for democracy over despotism, light overshadows, and equity over unfairness. But he is not stepping down.

He said that he wouldn’t yield or recoil. Unless destroying our electoral system gets him elected, he wants to protect the vote. Then it is acceptable to encourage voter fraud from illegal aliens and vote bundling of illegitimate votes that cancel out the votes of American citizens. Joe Biden thinks that using mail-in voting without safeguards or signature verification and destroying evidence of fraud protects American voters. That is twisted logic.

Now he wants to destroy the foundation of the United States in duplicitous ravings of a fool. Biden claims that any individual who supports the filibuster, voting ID laws, time limitations on early voting, or prohibitions on vote bundling is a racist and segregationist. If that is confusing to you, then you are sane. This moron wants to federalize and nationalize election fraud so that Democrats can cheat their way into a permanent majority. That one-party system is the definition of tyranny.

He accused senators who prevent this take over as narrow-minded bigots and home-grown terrorists. Wow! What persuasive skills does this dolt exhibit?

Biden thinks that the Senate was a shell of its previous self when he graced the halls of the citadel of democracy for nearly 40 years. He notes that the GOP had used the filibuster 100 times in 2020. Of course, Democrats did so more than 300 times during the four years of the Trump presidency. Biden thinks that to stop racism by federalizing election laws, the Senate should use the nuclear option and kill the filibuster. That sounds like an authoritarian plan.

Georgia is an example of corruption and error that can ruin democracy. Biden went there to fight for a voting system that would not validate the residence or identification of voters. It is the exact opposite of voter integrity. It is voter villainy. Claiming that laws that protect citizens’ right to vote are racist is disgusting.

ID requirements are logical, but Joe Biden is not dealing in logic. Leftists hate how conservatives limit voting hours to election days and require picture IDs to cast a ballot. Extremists in Colorado and Connecticut require voters to provide ID to cast a ballot. Georgia permits people to vote without ID. Boycotting ID laws, enabling criminals to cast a ballot, and allowing anyone to vote up to 10 days after Election Day is a recipe for disaster.