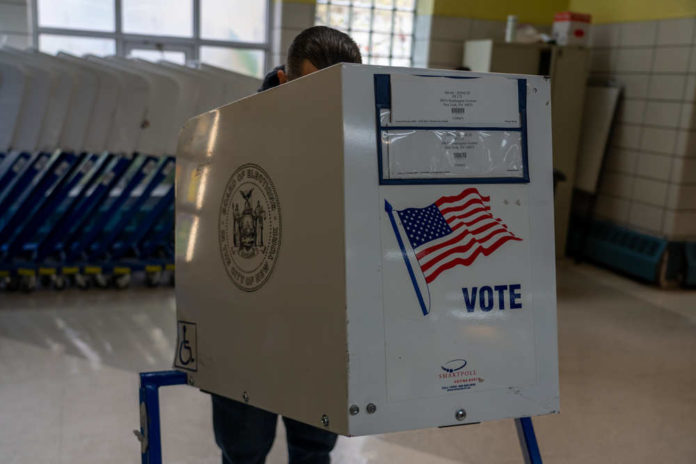 A dozen House Democrats last week proposed a constitutional amendment to allow 16-year-olds to vote. Rarely is a political attempt to expand one’s political base so brazen and short-sighted.

It should not be surprising.

The resolution, introduced by Rep. Grace Meng (D-NY), would erase the Twenty-sixth Amendment to the Constitution that set the legal voting age at 18.

It was co-sponsored by 11 others, including “Squad” members Alexandria Ocasio-Cortez (D-NY), Rashida Tlaib (D-MI), and Ayanna Pressley (D-MA).

This new resolution simply stated that “The rights of citizens of the United States, who are sixteen years of age and older, to vote shall not be denied or abridged by the United States or any State on account of age.”

To her credit, Meng at least acknowledged the pure partisanship behind the resolution’s introduction on the House floor. She noted that many in that age group “continue to fight and advocate for so many issues they are passionate about.”

She listed the “climate crisis” and gun safety as two specific areas that draw the attention of 16- and 17-year-olds. For the record, this is hardly the first time Democrats have proposed expanding their voter base in such a way.

Last March, 125 House Democrats voted in support of an amendment to lower the voting age to 16. Only one Republican threw their support behind the effort and it failed.

Ironically, when Democrats controlled both branches of Congress and the White House for the past two years, traction was never gained for the change.

Last year’s so-called Youth Voting Rights Act was introduced by Sen. Elizabeth Warren (D-MA) and Rep. Nikema Williams (D-GA). The voting age would not have changed under the measure, but it would have allowed 16- and 17-year-olds to register to vote.

Again, the proposal died even with Democratic congressional control.

At least Meng has been a consistent proponent of the notion of granting 16-year-olds the right to vote. After her latest attempt to float the idea, Vote16USA posted on its website to “lower the voting age, the planet depends on it.”

Democrats are nothing if not predictable. Whether it’s opening the borders and hoping to flood the country with new constituents or changing the Constitution to produce voting 16-year-olds, nothing is too extreme in their quest to solidify an unbeatable electoral majority.