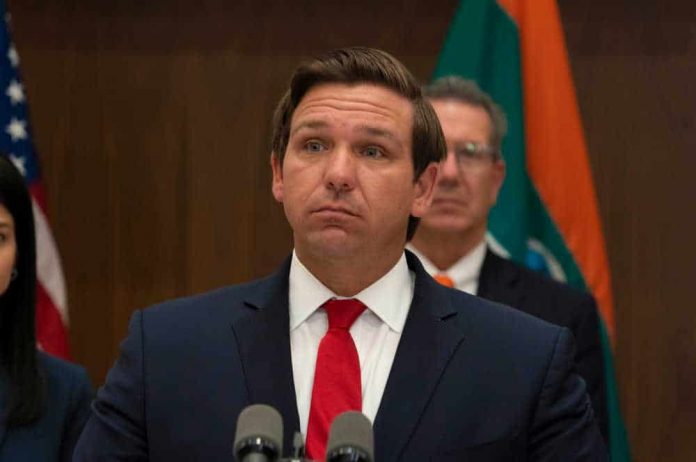 Leftists have had it out for Florida Republican Governor Ron DeSantis for years. The Democrat Party’s loathing and obsession with DeSantis ultimately have to do with his refusal to bow to tyranny from the government that’s disguised as public health measures.

Leftists are angry that Florida is getting thousands of new residents every day and thriving economically despite going against mandates and other authoritarian medical orders.

However, as seen over the Christmas holiday, leftists like House Rep. Alexandria Ocasio-Cortez have no problem with vacationing in Florida, despite consistently ripping on the state’s leadership, policies, and governor.

The latest narrative from the Democrat Party is that DeSantis has somehow been missing in action amid the spread of Omicron. However, this false narrative has already crashed and burned, as confirmed by RedState.

Democrats have suggested that DeSantis has disappeared from the spotlight amid the rise of Omicron (which symptoms mirror that of the common cold). Some leftists even indicated that the Florida governor himself secretly caught COVID and went into hiding so that no one would find out about it.

However, the truth of the matter is that DeSantis was with his wife, Casey DeSantis, accompanying her to doctor’s treatments as she’s working to fight off breast cancer. It has been confirmed by the Florida governor’s office and his press secretary.

Earlier in 2021, news came out that the first lady of Florida received a diagnosis of breast cancer but is fighting the disease with the support of her family.

Amid the news of DeSantis spending time with his wife to take her to medical treatments, anti-DeSantis critics who questioned why he was “missing” have been silent.

That shouldn’t come as a surprise to anyone, though.

Instead of the Democrat Party questioning why DeSantis isn’t right before their very eyes, they should be asking this of Joe Biden. Unlike DeSantis, Biden’s wife is not battling breast cancer or other serious illness.

However, Biden and his wife see absolutely no issue with vacationing in Delaware as COVID cases surge nationwide. This surge is happening despite Biden promising that he would be the president to make COVID a matter of the past.

As COVID cases increase, Americans also pass out in various lines as they wait to get tested for this virus. Likewise, the Biden Administration has failed to make good on its promise to get at-home testing kits available to Americans across the country.

Perhaps leftists should focus their attention on these issues before going after the Florida governor.