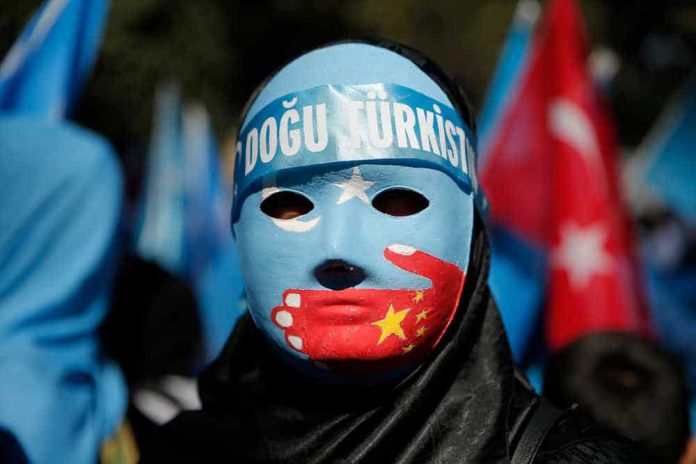 Chamath Palihapitiya is a Democrat donor and partial owner of the Golden State Warriors, a high-profile professional basketball team in the NBA. He is also connected to Joe Biden and Democrat movers and shakers in the party machinery.

On a podcast called “All-In,” he said in response to the question of human rights abuses of the Uyghurs by the Chinese Communist Party, “Of the all of the things that I care about, yes, it is below my line.” Killing men, women, and children or sending hundreds of thousands of people to concentration camps and working them to death is not essential to Palihapitiya. He couldn’t care less about China’s slaughter of its Uyghur population. He even questions the validity of the reports that detail this genocide and trusts sources from the CCP media tools.

A wealthy liberal donor is on board with Chinese propaganda. What a surprise! Last Saturday, Palihapitiya used his podcast to repeat the Chinese Communist Party line about the Uyghurs. He said that China might not be killing Uyghurs. And he said he is not sure that China is a ruthless tyranny. And he said that the United States could not address China when it comes to human rights abuses because of the plague of systematic racism and police violence that routinely occurs in this country. That sounds like a liberal robot who is paid by Chinese companies talking.

He has contributed countless dollars to President Joe Biden and Democrat Senate Majority Leader Chuck Schumer (NY). Palihapitiya gave $750,000 to Schumer’s Senate Majority PAC in 2020. He also contributed to the Democratic National Committee and Hillary Clinton. That is the definition of a bundler.

Democrat Representative and House Speaker Nancy Pelosi (CA) had nothing to say about Palihapitiya’s comments. She is an enthusiastic Warriors fan and hails from the San Francisco Bay area where the Warriors play. But she cannot be bothered to address human rights abuses when they take place in China or deal with the comments of a significant donor to her party. Instead, she prefers to babble incoherently about the bills in Congress.

Palihapitiya said that no one thinks about or should comment on what has been done to the Uyghurs by the CCP. He said that some people genuinely care. He feels that some people care about the Uyghurs but claimed that most people do not care about the torture, imprisonment, and massacre of the Muslim minority Uyghurs. He would rather talk about racial divisions that have taken place in our past and how they cause the current problems our society faces today.

The Biden-Harris maladministration is corrupt and filled with cronyism. US Secretary of State Antony Blinken and US Office for International Development Director Samantha Power advised Palihapitiya firm, Social Capital, and reaped substantial consulting fees. In 2020 Palihapitiya gave $250,000 to the Biden Victory Fund, just a little something for the Big Guy.

The Biden Administration promised that it would keep on considering the PRC responsible for the treatment of the Uyghurs. Biden supports the bipartisan Uyghur Forced Labor Prevention Act and guarantees that the supply chain is liberated from forced labor.

The Warriors distanced themselves from Palihapitiya. In a press release, they called him only an investor, a financial backer with no operational connection with the Warriors. He does not speak for the Warriors ball club. His views are his own. But the Warriors are not planning to kick him out of ownership like the Los Angeles Clippers, and the NBA did to Donald Sterling.