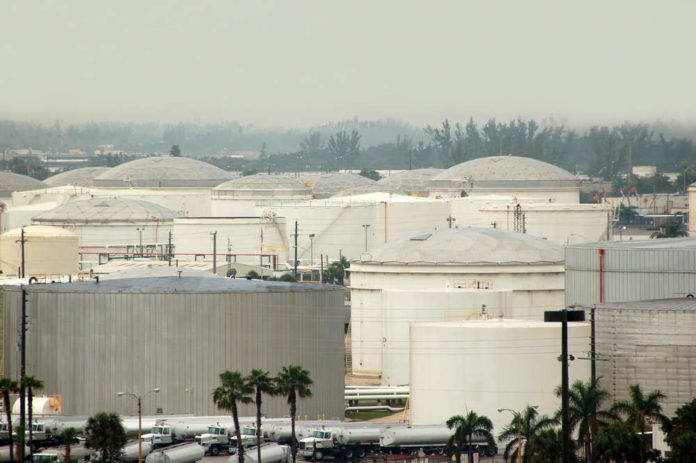 White House Council of Economic Advisers Chair Cecilia Rouse asserted that because the Strategic Petroleum Reserve (SPR) is “designed for” emergencies, it is “irresponsible” for Republican lawmakers to restrict President Joe Biden’s ability to release oil from the reserves.

Since Biden took office, the price of oil and gas has skyrocketed. In response to the sharp price increases, the Biden administration has repeatedly released oil from the SPR — claiming that they were doing so to relieve the “burden” on Americans.

It was also previously revealed that Biden had exported oil from the SPR to several countries, including to China.

These releases, while appearing to be large, had very little effect on the problem overall — as they only temporarily drove down prices while not actually solving the issues that caused the prices to increase in the first place.

Meanwhile, the drain on the SPR sparked concern from many Americans, as the reserve was designed for emergencies — not lowering gas prices and raising Biden and the Democrats’ plummeting poll numbers.

Many critics pointed out that tensions with Russia and China could potentially boil over into war, and a drained SPR would leave the United States with little reserve to fuel that war. Others pointed out that natural disasters, or even attacks, could cause disruptions that would lead to the U.S. needing the oil from the reserves, and Biden’s repeated releases would lead to a shortage of that supply.

Despite all of these concerns, Rouse claimed during an interview with Bloomberg on Thursday that Republicans’ decision to limit Biden’s ability to release oil from the SPR was “irresponsible.”

“Well, the Department of Energy is actually required to do a release,” she claimed, ignoring the fact that any “required” release would obviously be permitted, while Republicans’ actual concerns are the continued releases for non-emergency reasons.

“What the Republicans are doing is, they want to block them from making that release,” Rouse argued.
“There’s maintenance that’s happening on the [SPR]. But we need to keep it as a valuable resource, not only to address gasoline prices but to address an emergency. That is what the [SPR] was designed for, if we have a hiccup in the gasoline availability in some part of the United States, we need to have the [SPR] available at the president’s discretion to be able to address that need.”

Earlier, Rouse noted that the SPR is at “roughly half of its capacity.”

Meanwhile, on Thursday, the Republican-controlled House of Representatives overwhelmingly passed a bill to ban releases of oil from the SPR from being exported to China. The bill passed 331-97 in the House, with all of the “no” votes coming from Democrats.

“We shouldn’t hand the keys to our energy future over to the Chinese Communist Party,” Rep. Cathy McMorris Rodgers (R-WA) said, adding that the Biden administration was “wasting our strategic reserves.”